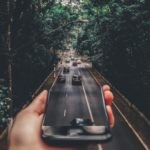 But, are they really here?

This is a question that even the industry experts are finding hard to answer. The technology to make connected cars happen is finally a reality. Sure, it’s not entirely perfect yet, but the multitude of tests by the leading players in this niche – GM, Uber, and Waymo – are making the AIs of autonomous cars more reliable with each passing day. However, if you thought that artificial intelligence was the final stepping stone to the autonomous car reality, then you are mistaken.

One of the most pressing problems that’s plaguing the pioneers of autonomous cars is as old as electronics itself – electromagnetic interference (EMI). EMI has been a problem since the early days of radio technology. Radio waves from one device can interfere with and disrupt the functionality of other devices in the vicinity. A few high-profile examples from the recent years might help impress the severity of this problem.

As recently as 2011, Boeing was testing Wi-Fi systems on its 737NG plane. During the certification testing, it was noticed that the electromagnetic interference from the wireless broadband systems was interfering with the Honeywell Phase 3 Display Unit causing ‘blanking’. This prompted Boeing to remove onboard Wi-Fi systems from the full range of the aircraft.

More recently, in May 2018, Intel’s subsidiary Mobileye was showcasing its autonomous car in Jerusalem during press demonstrations. Their prototype vehicle ran a red light to the embarrassment of Intel. Later, Mobileye’s CEO explained that this was caused by EMI from a local TV station’s cameras. Their radio waves interfered and disrupted the traffic light’s transponder, which was sending the light change signals to vehicles.

A modern vehicle is fitted with a bevy of wireless technologies including wireless charging, infotainment systems, HUDs, and more. Interference caused by one wireless technology with another is not a new phenomenon. Car manufacturers have been facing this issue for decades. In fact, the Federal Communications Commission (FCC) tried to pre-empt this issue many years ago.

For over a decade now, FCC has earmarked the 5.9GHz spectrum specifically for use by connected car manufacturers. Fast forward a decade, and the spectrum remains unutilized by the automobile industry. This has prompted a group of telecom giants comprising of Comcast, Charter, and 21st Century Fox to appeal to FCC to reexamine its stance on the 5.9GHz spectrum and open it for the use of other industries.

FCC’s decision on this is pending. If they do open up the spectrum for other applications, autonomous carmakers, already dealing with the EMI problem, will find their problem suddenly a much bigger one.

The good news is that some solutions have been put forward, including the use of EMI shielded twisted pair cables, grounding, and antenna system integration strategies, which have offered some hope for the carmakers.

The success of autonomous vehicles relies heavily on the safety they offer, and EMI is the biggest roadblock in the path to a safe autonomous car reality. More so, because the early adopters of autonomous cars will be urban citizens or businesses, where EMI problem is the strongest.