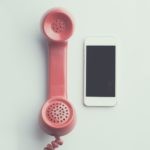 The widespread adoption of enterprise mobility has unlocked tremendous benefits and potential for businesses in terms of productivity and efficiency across the world. But, it also exposes them to the risks associated with the volatile telecom industry.

The telecom industry is the key enabler that keeps the data flowing. With Enterprise Mobility Management (EMM) becoming a part of the core corporate strategy of companies across manufacturing, retail, healthcare, finance, and more industries, they now have vested interests in the developments of the telecom world. Here are the two ways in which the telecom industry has the power to turn your EMM strategy on its head.

The telecom industry in the United States was taken by surprise when a $26.5 billion merger deal between Sprint and T-Mobile, two smallest national carriers, was announced this April. The merger will create a new competitor worth $146 billion, next only to Verizon and AT&T. The move will help the two entities to unlock hidden efficiencies and improve their profitability. But, the consumers and businesses would be grappling with a new landscape – where the competition for customers is less fierce.

With the Sprint and T-Mobile merger, the number of national wireless carriers would be essentially reduced to 3. That’s not a competitive market. It’s an oligopoly.

For their part, Sprint and T-Mobile have announced that they would not be raising their prices after the merger. But, more competition always proves better for the users.

When T-Mobile and Sprint had attempted their first merger, regulators favored competition and signaled that they would reject the proposal. It spawned a price-war between the two entities and transformed the entire industry. Come 2016, T-Mobile launched the first-of-its-kind $100 plan with unlimited voice, text, and data plan. It wasn’t long before that the other industry giants followed suit. The wireless prices came crashing down.

This time, with the merger all set to go through, businesses as well as consumers should brace themselves for the inevitable change. For better or worse – that’s still to be seen.

The entire enterprise mobility strategy hinges on the capabilities offered by wireless technologies. Therefore, any innovation in the telecom industry opens up huge possibilities in a variety of industries. The upcoming 5G will be more than just an innovation; it will be a revolution. Originally, 5G was going to make a debut by 2020. But, T-Mobile and Sprint have announced that following the merger, they’ll be the only national carrier with the capability to implement 5G nationwide swiftly. So, consumers could be looking at a 5G revolution much sooner than they had anticipated.

Although this is welcome news for consumers, businesses are faced with a unique problem. Enterprises that have invested heavily in products or services that make use of older technologies would be outcompeted by the early adopters of 5G.. For instance, 5G brings with it speeds that match or even surpass those of Wi-Fi. Wi-Fi comes with numerous challenges, most prominent of which is data and network security. With 5G around, consumers and eventually businesses may be compelled to drop Wi-Fi in favor of 5G.

5G is faster in every aspect. The current generation of self-driving cars that make use of 4G networks receive a command every four feet when they are traveling at the speed of 60mph. That’s enough time to run a red light or commit any of the endless numbers of mistakes on the road. 5G reduces this latency to 1 millisecond. At 60mph, that’s a command after less than one inch of travel.

Another potential disruptive innovation offered by 5G is associated with the life of the mobile devices. The current generation of batteries and wireless technologies offer a life of anywhere between a few hours to a few weeks for the mobile and IoT devices. The maintenance and labor costs associated with managing these devices accumulate over time to make them prohibitive for many applications. On the other hand, 5G networks require substantially less power, because 5G towers can support call paths in the range of 5000 or more, as against the 4G towers that can support only 48 call paths. Equipped with 5G, enterprises can potentially deploy their power-efficient IoT devices that can operate in the field for 10 years, collecting and feeding them a wealth of data without requiring a recharge or maintenance, effectively eliminating a huge chunk of the labor and hardware cost.

5G is not a milestone. It’s a leap into the future.

As is the case with most commercial technologies, it is the consumers that are the early adopters. A bulk of the businesses typically follow a reactionary policy, instead of a proactive one, and lose on the first adopter advantages. Once the consumers get comfortable with new technologies or services (such as unlimited plans), any attempt by the organization to change or curb their usage will be met with significant resistance. In the case of enterprise mobility, this means that businesses must be pragmatic about the limitations they set on their employees’ consumption of enterprise’s wireless plans. The aim should be to match the technology and service that the employees are comfortable with while maintaning cost.