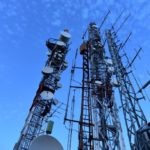 That’s right. 5G is already here. Well, at least in part, that is.

5G deployment has already started, and the first customers are already getting a taste of the blistering speeds promised by 5G.

The first service provider to launch 5G service is Verizon. The telecom giant launched 5G broadband services starting October 1 this year. Homes in select few cities – Houston TX, Indianapolis IN, Sacramento CA, and Los Angeles CA – can already get this service. The best part? The service is free for the first 3 months.

Despite this being great news, it offers no hope for the mobile users as Verizon has not clarified its intentions to roll out 5G mobile services. The only thing we know about it is that they intend to offer the services sometime in 2019. The good news is that they have also announced the first 5G compatible phone – the Motorola Moto Z3. The phone itself will not ship with 5G capabilities, but will support a 5G enabled Moto Mod, which will allow the phone users to use 5G networks. So, when Verizon’s 5G networks do come to the US, we’ll have at least one phone that we can use to enjoy the fantastic capabilities of 5G networks.

AT&T launched 5G Evolution in 2017. Despite the misleading name, 5G Evolution is not 5G. However, it lays the foundation for the upcoming 5G networks and is already live in over 100 cities across the US.

With the foundation already laid, AT&T is hoping to launch true 5G services in 2018 itself, and that leaves them with exactly a month. The first cities that are expected to get AT&T 5G services are Atlanta TX, Charlotte NC, Dallas TX, Houston TX, Indianapolis IN, Jacksonville FL, KY, Louisville, New Orleans LA, Oklahoma City OK, Raleigh NC, San Antonio TX, and Waco TX.

The time is ticking for AT&T, and it’s ticking fast.

T-Mobile and Sprint: The Sleeping Giants

In 2017, T-Mobile announced its plans to launch 5G services by 2020. However, the intense buzz created by the technology and the accelerated deployment by its competitors finally forced T-Mobile to change its stance and pull the deadline to the end of 2018.

T-Mobile has taken some significant steps to achieve this ambitious deadline. Firstly, it entered into a $3.5 billion deal with Nokia to create the 5G network infrastructure. Secondly, T-Mobile and Sprint are merging to utilize each other’s resources and deploy 5G networks faster. Both services have been silent on the specifics of how the merger is supposed to help them achieve that, but that’s another thing. Sprint originally had plans to roll out 5G services by early 2019.

Whether the merger will help deliver on their ambitious plans – is a question that only time can answer.

Although Verizon has only announced one 5G capable phone, it doesn’t mean that the phone manufacturers are playing the spectators. LG has already announced its plans to release a 5G phone in the first half of 2019. Xiaomi has already released its flagship phone Mi Mix 3, which will support 5G in 2019. It should be noted that the current model of Mi Mix 3 does not support 5G, but the 2019 edition will.

So, what do you think? Will the hype live up to the expectations?