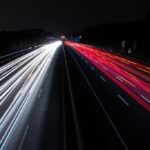 As 5G launch nears, it is stirring up expectations and interest at an unprecedented rate. Its predecessor, 4G, did not create this much excitement in the industry. Perhaps, because of the explosive growth of internet-connected devices over the past few years or the sheer numbers (speed, latency, and size of investments) being thrown around 5G, the technology has caught the public’s imagination like little else has in the recent years. Like most things that set up high expectations, perhaps 5G may not live up to its hype.

Fortunately, most of the rumors surrounding 5G are true. It offers lightning speeds of up to 10Gbps, incredibly low latency of 1ms or less, and low power consumption by 5G enabled devices. Regardless, there are serious challenges facing 5G.

Lack of Consumer Use Cases

5G offers speeds of up to 100 times that of 4G technology. However, the broader consumer segment may not even notice the speed bump resulting from the technology upgrade. Even the most common data-hungry applications, such as video streaming, works seamlessly on 4G technology. The higher speeds offered by 5G technology may not make a significant difference for the end users.

This isn’t to say that 5G would be essentially an overkill. It means that there are no killer applications whose success relies on 5G deployment. Sure, autonomous cars, virtual reality, and mobile 4K and 8K streaming require speeds promised by 5G, but they are yet to reach maturity. At present, no specific consumer-oriented application will drive widespread adoption of 5G.

That being said, the IoT revolution will experience a huge boost with the arrival of 5G. This may prompt enterprises across the world to drive 5G deployment in partnerships with telecom companies and telecom equipment providers. However, such adoption will be limited mainly to business premises like manufacturing and not to the general consumers.

5G networks offer high throughput, which means larger download speeds. However, they have a limited range. Consumer trials indicate that each 5G system’s range may be as low as 500 feet in urban areas. This means that a 5G tower must be installed every 500 feet. In comparison, 4G towers had a range of a few miles. The low range of 5G towers necessitates a substantially denser deployment of these towers, which escalates the cost by many times over.

According to one estimate, investments of $200 billion per year may be required from telecom operators (think Verizon), telecom equipment suppliers (think ZTE), mobile device chipmakers (think Qualcomm), and other players in the telecom industry to make 5G a reality for the majority of Americans. As mentioned before, there may not be sufficient applications to make such an investment profitable for the telecom companies.

It is now entirely upon telecom carriers to decide whether they are willing to take the risk, and even if they do, what will be the scale of the 5G infrastructure deployment.

The promises of 5G are truly incredible, but are we ready?