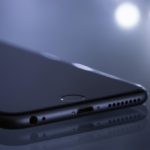 As per a 2017 report by Egnyte, 82% of all mobile activities from enterprise users come from iOS devices. Apple’s dominance in the enterprise market is overwhelming.

What makes Apple’s success in the enterprise market so puzzling is that in decades past, Microsoft and IBM had crushed it in the PC market. Its emergence in the smartphone and tablet market has confounded almost every industry analyst and numerous books and case studies have been written on its success.

Apple’s epoch-making journey started with the release of its first iPhone in 2007. At the time, Blackberry enjoyed the leadership position among the enterprise users. Apple’s multi-touch capability, smooth and fluid interface, and more importantly, premium positioning helped make it a high-end device. Business users were a natural fit. Whether IT departments liked it or not, they ended up offering support to iPhones used by business executives in the organizations. iPhones kickstarted the BYOD movement. Some IT departments insisted on Blackberry devices, and therefore, enterprise users began to use Blackberry for work and iPhone for personal use. That triggered the obvious question, “why use two devices when one can serve both purposes?”

Then Apple licensed Microsoft’s Exchange ActiveSync technology and made it possible for its users to sync email, contacts, and calendars between their phones and computers. This was an inflection point in Apple’s growth story. When Apple released iPad in 2010, its users already knew how to use its amazing app ecosystem for their work. The big iPad screen was almost what they had all been waiting for – a sleek, mobile computer that they could use for work. Apple’s dominance in the enterprise market was a done deal by then.

Apple released its new line of iPhones – the iPhone X (10) series. The top of the line 512Gb variety of the iPhone XS Max costs just shy of $1500 in the US. In some international markets, its price is well above $1500. Even the most hardcore Apple or iPhone fans (is there any difference?) are now finding it hard to justify the price. Naturally, the consumers have found the price of the new iPhone line to be quite high – outrageous even, and the company sales have taken a hit this year. The Wall Street, quick to respond to the not-so-impressive sales numbers, has given Apple a rude shock. After touching the highly coveted $1 Trillion market capitalization in August this year, the company’s valuation has now fallen to $787.55 Billion as of December 19, 2018 .

So, have the consumers delivered their verdict on the new iPhones and their prices?

Market Capitalization, although a very important number for the investors, does not reflect the company’s health accurately. Its value depends significantly on the investor sentiments, and they are precisely that – sentiments.

Whether the latest iPhones will continue to dominate the premium smartphone segment and the enterprise user segment will largely depend on its relevance to these users. On these aspects, the story takes a different turn.

The Other Side of the Story – the Users

In the enterprise segment, Apple’s iPhones continue to have a strong appeal for two primary reasons – security and support.

iOS is known to be far more secure and safer from online threats in comparison to Android. This is critical for enterprise users. It continues to be true for the latest line of iPhones as well. A big part of the reason why the platform remains secure is that Apple releases a constant stream of updates to protect the iPhones from the latest vulnerabilities and threats for many years. Android devices receive 1 OS upgrade and in most cases no upgrade at all. Although they do receive some security updates, these updates are drawn out as each manufacturer must customize the updates to their specific devices, unless those devices are running stock Android phones. This makes the Android devices vulnerable to online threats for extended periods. Once the support stops, the older Android phones are practically sitting ducks for cyber threats.

Honestly, all the benefits discussed here in favor of iPhones are available on the older devices too, including the not-so-old iPhone X. So, why bother with iPhone XS Max, especially when iPhone X’s price has recently taken a dip?

The answer is performance and productivity.

Historically, Apple’s each OS upgrade came with bad news – software level performance downgrade. So, the older your iPhone, the slower each software upgrade made it. And, enterprise users cannot afford to take a productivity hit. So, if they wanted a fast and highly secure phone, then there really was no alternative to the latest iPhone in the market.

All of this changed with two vital developments of this year – iOS 12’s release and launch of iPhone XR. Instead of downgrading the performance, iOS 12 improved the performance of the old devices. And, at a starting price of $749, iPhone XR is the most affordable option in its latest iPhone lineup. For the first time, Apple fans have a fast, secure, and latest iPhone, although noticeably less premium and less feature-rich, that also comes with a more wallet-friendly price tag. Perhaps, the consumers have realized that the tradeoff is not so bad and have given their verdict on it. iPhone XR has emerged as the best-selling iPhone.

In the end, it’s more of a personal choice whether the price difference between the XR and the XS series is worth the feel of extra premium and the superior hardware features.