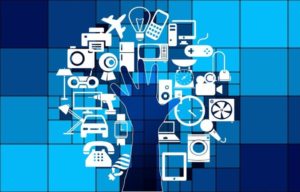 There is wisdom in both parts of this philosophy. Nowhere else is it more exemplified than in the technology industry. Every new tech offers two diverging paths before businesses that stand to benefit from it – get the first mover advantage while simultaneously dealing with the risks of a new technology, or wait it out until others perfect it.

The truth is that there is no right choice amongst them. Both of them offer compelling reasons – risks and rewards – as to why businesses should or should not go with them. That doesn’t mean either of them will work for a business. Which strategy is best suited for a specific company is dependent on a variety of factors, such as the industry in which the business is operating, its risk appetite, its technology proficiency, ability to integrate different business verticals, agility, and so on.

Here are some lessons we can learn from the early adopters that can help businesses decide whether they are in the bird-worm game or the mouse-cheese game.

IoT keeps churning out a tremendous amount of data that most businesses are not capable, ready, or prepared to handle. For instance, when businesses go the IoT way, they may create more data in one week than they had created in their previous two decades of operation. It isn’t enough to have the storage to keep this data somewhere. The businesses should have a strategy in place to exploit all of this data to generate meaningful insights that can be used to improve business, create competitive advantage, and generate more revenue. So, before your business jumps the IoT bandwagon, make sure that you are technologically prepared to take full advantage of this data that can be a game changer.

Is the Hardware In Your Industry Ready to Take Up the IoT Challenge?

The very first of the early adopters of IoT technology were plagued by a great deal of hardware issues, incompatible protocols, and plenty of software bugs. The sensors were not working properly, devices manufactured by different manufacturers were not necessarily compatible with each other, and there were tons of glaring security issues. The industry was in its infancy stage.

Everything has changed in 2016. It is vastly recognized as the year when IoT went mainstream. This means that standards and protocols began to emerge in the industry that year. This standardization has enabled the industry to mature. As a result of this, the IoT devices have grown more reliable and compatible with each other. In addition, a large number of global leaders in security software have entered the market to make the IoT devices safer and more secure for the users as well as the businesses.

Again, this is not true for all the device or software vendors. Therefore, it is important for the businesses to find reliable IoT partners to implement their IoT strategy so that they do not end up with an unreliable system.

Driving Force in the Company

A report by Verizon in 2016 had an interesting insight for all businesses thinking to go the IoT way. Only one-tenth of its survey respondents confirmed that they have been using more than 25% of the data generated by their IoT devices. 50% of the respondents shared that it will take another 3 years for them to reach even this threshold. Clearly, the overwhelming majority of the businesses are ill-prepared to handle the IoT data and reap its benefits.

That doesn’t mean that IoT data is not being helpful to them. These companies have experienced massive improvements in their businesses from cost improvements, to operational excellence, to achieving a competitive advantage. However, the fact that they have been using only a fraction of the data generated indicates that there is still lots and lots of room for improvement. So, what’s stopping them? There are many reasons.

One is that the IoT data is capable of improving a variety of aspects of a business from financial to operational to sales. To exploit the maximum benefits from this, businesses should be able to orchestrate effective collaboration and the pursuit of excellence by and between all the departments in the organization. This is definitely going to throw up some resistance within the organization as it will mean a change in the way the business is working. Therefore, the driving force for this change has to come from the highest echelons of a company, and should be persistent. Most businesses fail in this area. The IoT champions fail to stress its importance to the top management or the management is simply not interested in it. Either way, IoT data-drive pursuit of excellence becomes just another project that is implemented in a half-baked and half-hearted way.

There are no two ways about the immense opportunity that IoT data offers to a business. If successfully leveraged, IoT data can help a business leap into the future and grow exponentially. Furthermore, the IoT industry has matured now to the point that it doesn’t make any sense to wait it out anymore. In 2017, we are in the ultimate sweet spot where IoT is still new to offer businesses a competitive advantage and just old enough to have straightened out most of the wrinkles in the system. It would be a grave mistake on the part of businesses to not jump the IoT bandwagon today, right now.